What Is An Orbital Jigsaw And How It Works 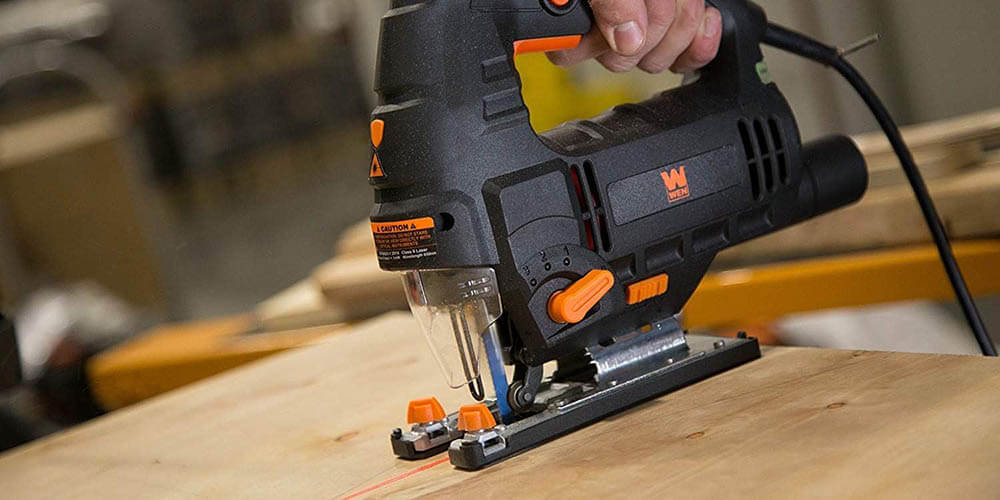 In the present century, an electric jigsaw became a mandatory attribute of a modern home workshop. The capabilities of the device are really wide – it allows you to saw not only wood but also metal, plastic, OSB, and other materials. There are dozens of different models on the market, and it is not so easy to choose the most appropriate one. The jigsaw is also available with different types of features, and one of them is an orbital model.

The orbital jigsaw is the pendulum mechanism that guides the canvas along the orbital trajectory, due to which cutting of some materials (chipboard, wood, etc.) occurs approximately twice as fast as with a jigsaw with a reciprocating mechanism. The orbital model is recommended to use only with straight cuts. However, this mode is not able to show the highest quality result with the figured cuts.

What Is The Use Of The Orbital Model?

The swing can be adjusted to select the optimal mode of operation with certain material. The harder the material is, the smaller the amplitude of the pendulum should be set and vice versa. The amplitude is regulated by a special switch on the jigsaw body. The maximum amplitude is suitable for softwoods and plastics. The orbital effect is gradually reduced for soft rocks of greater thickness and hard rocks, chipboard, and soft metals. It completely turns off for steels and thin sheet materials.

When the blade is tilted forward, it experiences the additional loads that provoke lateral bending and leaving the cutting plane from the vertical. In addition, hard materials (ceramic tile, thick metal) require strictly vertical file motion.

The reciprocating saw often slows down due to the accumulation of dust and chips since the limited length of the cutting stroke makes it impossible to clear them from the gullets of the blade. An orbital jig saw solves this problem because the retrace of the cutter moves the blade away from the material, allowing the chips to fall away.

The orbital jigsaw vs reciprocating saw price ranges are not radically different. You will pay slightly more for the orbital jigsaw, but its additional advantages make the tool more flexible, easy to use, and worthy of additional money.

In general, the orbital jigsaw is an ordinary jigsaw, which can be found in any power tools store. However, it makes it possible to cut holes in wood, metal, plastic and other materials quickly and easily. Hope you’ve found useful the present information on the question “what is an orbital jigsaw”.